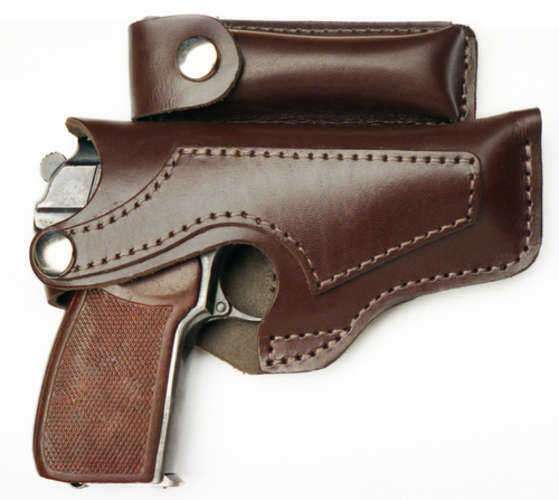 The pending gun-control legislation that is set to be debated in the Senate this week has as its key provision an expanded background check system. This system would require background checks on people purchasing guns in a wide variety of circumstances.

It was crafted by Sens. Joe Manchin, D-W.Va., Charles Schumer (D-NY), and Patrick Toomey, R-Pa. It has gained some Republican support over the past weekend, notably that of Sen. Susan Collins of Maine. However, this may not be enough to pass this measure, as some Democrats from gun-friendly states are expected to oppose it. Supporters of this measure say that it will help keep guns out of the hands of those who should not have them, such as criminals and the mentally ill. However, opponents of this measure say it does nothing but curtail the Second Amendment and will do nothing from preventing the aforementioned targeted populations from acquiring guns.

Gun Owners of America (GOA) is a gun rights organization which was founded in 1975. It has over 300,000 members, and its main goal is to defend the Second Amendment. It has been called “The only no-compromise gun lobby in Washington,” by Congressman Ron Paul. GOA believes that Americans have lost some of their gun rights, and it seeks to reclaim these rights.

The following is an interview with Michael Hammond of GOA on his views on the pending gun-control legislation set to be debated in the Senate.

How do you feel about the pending gun control legislation?

We think it is a horrible idea! Lanza stole his gun! This bill is not responsive to Newton, Aurora or Tucson; there were background checks in all these places. All it does is exploit a tragedy. Like the Brady Law of 1994, these laws do nothing to stop copycat shootings. They simply serve as a platform for more gun-control laws.

Currently, Republican alternative gun control legislation is in the works, which is supposed to include tougher laws on illegal gun trafficking, straw purchases, and to increase efforts to keep guns out of the hands of the mentally ill and keep schools safe. How do you feel about this alternative?

This is a bill which is being drafted by Senator Chuck Grassley. We have been asked to comment on the Grassley Bill. We had real problems with its negligence clause. We studied it very hard and agreed that the negligence language be taken out.

Do you think that maybe what is truly needed is to simply keep guns out of the hands of those who should not have access to them (e.g. the mentally ill) rather than make it tougher for law-abiding citizens to purchase firearms?

The problem is that beginning with the Clinton administration, the ATF listed a person as mentally defective based on a determination by a psychiatrist with the federal program. Because of that, 150,000 veterans were not able to purchase firearms.

What are some of the accomplishments of the Gun Owners of America in the realm of gun-rights advocacy?

We were the only ones post Columbine who took the position that there should be no gun control of any kind. The National Rifle Association was supporting 90 percent of Clinton’s gun-control legislation. We opposed them and killed a lot of those provisions with the help of House Republican Tom Delay. I drafted the Smith Amendment when Clinton tried to impose a tax on Brady Checks and tried to keep Brady Check records indefinitely… I drafted the Smith Amendment which said you cannot impose tax on Brady checks. That has been carried into law since under the auspices of Senator Smith and congressman Tiarcht. We were also the group that championed the Armed Pilot Legislation, which trains pilots to keep guns in cockpit.

If this legislation does pass, what will be the next step for Gun Owners of America?

We will see what happens. If it passes in the Senate we would kill it in House! If anything the passage of this legislation would be a huge defeat for us and the NRA and others in the gun rights movement.