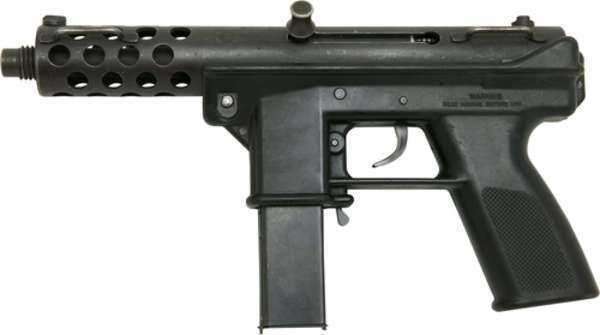 Laws regarding semi automatic weapons are relatively novel in the United States. President Clinton’s passing of the 1994 Federal Assault Weapons Ban (AWB) is the groundbreaking piece of legislation in regards to the sale and use of semi automatic guns. Before 1994 semi automatic weapons were not defined, and instead left up to interpretation and ambiguous judgments in regards to classification.
The AWB defined all semi automatic guns as “assault weapons”-which refers to a firearm that can automatically discard spent cartridges and subsequently reload the next round without human intervention. For semi-automatic guns to be labeled as assault weapons, the gun in question must contain at least 2 of the following 5 features for its specific classification-
Semi automatic rifles with two or more of the following
Folding or telescoping stock
Pistol grips
Bayonet mount
Flash suppressor
Grenade launcher attachment
Semi automatic pistols with 2 or more of the following
Magazine that attach outside the pistol grip
Unloaded weight of 50 oz
Flash suppressor, barrel extender, hand grip, or suppressor attachments present
Barrel shroud can be used as a hand held
A semi-automatic version of a fully automatic gun
Semi automatic shotguns with 2 or more of the following
Pistol grip
Folding or telescope stock
Fixed capacity of more than 5 rounds
Detachable magazine
The Federal Assaults Weapons Ban was a subtitle of the Violent Crime Control and Law Enforcement Act of 1994. Through its definition the act placed a ban on 19 firearms which were labeled as illegal semi automatic weapons. The act specifically addressed semi automatic guns, which are firearms that discharge one bullet each time the trigger is depressed. To further curb the use of semi-automatic guns, the Federal government attached a ban on “large capacity ammunition feeding devices. These large magazines held between 10-20 rounds and were primarily attached to semi automatic weapons.
The AWB outlawed possession or purchase of any “assault rifle” or large capacity magazine unless the weapon in question was transferred or obtained through a government agency or for law enforcement purposes. The act did not regulate pre existing semi automatic weapons, but did however, make it illegal to produce or manufacture any new semi automatic guns that fell under the classification of an assault rifle.
The ban on semi automatic weapons did help to decrease violent crime rates, however, assault weapons were used so infrequently (2-8% of all violent crimes were committed with an assault rifle) before the ban that the AWB was not renewed upon its expiration in 2004. President George W. Bush so no reason to renew the act, citing that crime rates have been stable since the bills death. There have been talks of modifying the act under President Obama’s “common sense” stance, however, there is no definite time table for such an act to be passed.
Like other gun laws, semi automatic weapons are also regulated on a state level. Currently New York, Connecticut, Massachusetts, New Jersey, California, and Cook County in Illinois are the only states who have adopted a similar ban on semi automatic weapons. New York City has adopted all of the same regulations and principles found in the AWB, with the exception of the sunset provision-the ban on semi automatic weapons in New York City has no date for expiration.
It is difficult to weigh the importance of the AWB because of the unique dichotomy present in semi automatic weapons. Although the firearms are powerful and extremely dangerous, they have been used infrequently in regards to acts of violence in the United States. Although rare, Semi-automatic guns do pose severe threats; especially in cases such as the Columbine shootings or other mass murders where these guns were present.