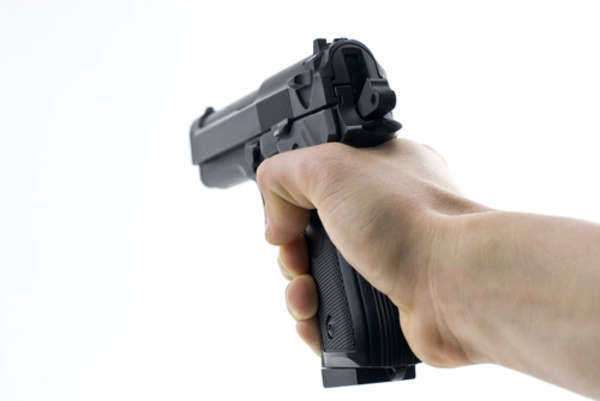 Handgun laws in the United States are complex and confusing. Each state has enforced a distinct set of handgun laws, making the firearm’s regulation asymmetrical across the nation. As oppose to going over every state’s individual interpretation of handgun law, we will break down the varying interpretations into four specific groups: shall issue states, may issue states, unrestricted, and right denied areas. All of these terms have to do with permits and licenses regarding ownership, possession, carrying, and concealment of handguns.
A shall issue state is one that only requires a permit to carry a handgun when concealed, but does so through a granting authority, assuming all of the criteria has been met. The application procedure to obtain a permit to conceal requires residency questions, meeting a minimum age, submitting fingerprints, passing an instant background check, attending a certified handgun safety class, and a small fee.
Procedures vary based on state, some do not require safety classes and the waiting periods can range from 3 days to as many as 60. Shall issue states are regarded as having the weakest handgun laws of any state, and typically do not require a permit for purchase, a license to document ownership, or registration.
The following states are considered to be shall issue and generally possess weak handgun laws: Alabama, Arizona, Arkansas, Colorado, Florida, Georgia, Idaho, Indiana, Kansas, Kentucky, Louisiana, Maine, Montana, Nebraska, Nevada, New Hampshire, New Mexico, North Dakota, Ohio, Oklahoma, Oregon, Pennsylvania, South Carolina, South Dakota, Tennessee, Texas, Utah, Virginia, Washington, West Virginia, and Wyoming. As you can see 31 of the 50 states are have shall issue handgun laws and are considered very casual. Nearly two thirds of our country has weak handgun laws.
Alaska and Vermont are home to weakest handgun laws in the country. These two particular states are considered to be unrestricted, and do not require a permit, license, or registration of any sort. These states have such lenient handgun laws that they don’t even require a permit to conceal a loaded handgun.
May issue areas are generally states that possess more stringent hand gun laws than those found in shall issue states. May issue jurisdictions require permits to carry a concealed handgun, and are granted at the discretion of authorities at a local level. May issue states include: California, Connecticut, Delaware, Iowa, Maryland, Massachusetts, Michigan, Minnesota, New Jersey, New York, Rhode Island, and Washington D.C. Handgun laws in these various states will range significantly in terms of permits for purchase, license of ownership, and regulations regarding ammo size, amount of purchases, and gun shows.  The following may issue states require a permit before purchasing a gun:
Connecticut
Hawaii
Illinois
Iowa
Massachusetts
Michigan
Minnesota
Missouri
New Jersey
New York
North Carolina
Puerto Rico
Handgun law in these states are considered rigorous and will severely enforce such scrupulous regulations. The permit necessary for purchase requires a similar process to conceal; fingerprints, background checks, and a waiting period are all common procedures necessary to obtain a permit to purchase in such states.
The direct antithesis of unrestricted states are jurisdictions that have adopted a no-issue or rights denied policy for handgun law. This does not imply that these areas possess the most scrupulous stances on hand gun law, but instead simply means that the right to conceal a handgun does not exist in these jurisdictions. Illinois, Wisconsin, and Washington D.C. are currently the only states in the US who have formerly adopted a no-issue policy into their hand gun law.
There is great differentiation in regards to handgun law between states and even jurisdictions. If you are an avid handgun enthusiast or user, having knowledge of the varying state handgun laws is crucial to avoid stress and even worse-a jail sentence.