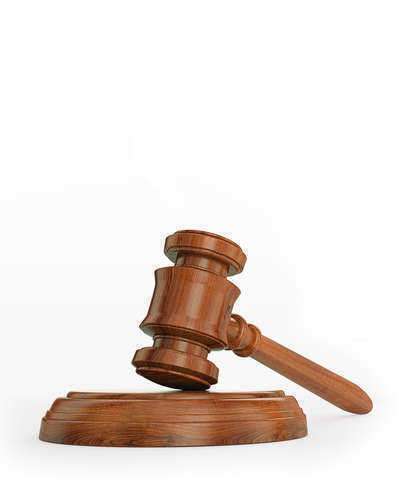 The Brady Bill was a response to the use of a handgun in the attempted assassination of President Ronald Reagan in 1981. Four people were injured in the attacks. The Brady Bill, formally known as the Brady Handgun Violence Prevention Act, was passed by the Congress in November of 1993 as an attempt to restrict access to guns. The restrictions in the bills were not actually new. The Gun Control Act of 1986 established the laws governing who was able to obtain the weapons.
The Brady Bill only served to make the enforcement of previous laws easier. It originally established a five day waiting period  before a gun purchase could be completed. After challenges to the constitutionality of the bill the waiting period lapsed. In its place a federal system of executing background checks was established to make sure that only people who were not prohibited from doing so were allowed to purchase guns. The Brady Bill has weathered criticism well, and has served as a foundation of the gun reform movement for more than fifteen years.
Background
The Brady Bill attempted to enforce gun control. It derived federal authorization from the ability of the federal government to regulate interstate commerce. It did not establish any new laws. It only allowed officials a more efficient way of making sure earlier bills, such as the Gun Control Act of 1986 and the National Firearms Act of 1934, could be allowed to work as intended. It grew out of concern aroused by an unsuccessful assassination attempt against President Reagan. The gun reform laws sought to make it more difficult for already identified persons who pose a risk to other citizens to obtain guns.
Goals and Objectives
Among the goals and objectives of the Brady Bill was to provide law enforcement officials with a simpler way of ensuring guns did not get into the hands of persons who were already legally prohibited from getting them. In his support for the Bill, Former President Reagan said it was essential to remove the honor system as the primary way of making sure criminals did not obtain new weapons.
The Brady Bill sought to institute a federal system to conduct background checks for any individual seeking to acquire a gun. Imposing further restrictions on gun possession were not included in the Brady Bill’s intentions.
History
The Brady Bill represented a progression of gun reform movements which began in 1934. The National Firearms Act prevented any American citizen from obtaining machine guns, such as those commonly used by gangsters. It made the acquisition and possession of these guns illegal. The Gun Control Act of 1968 was the next major gun reform. It established a federal system to license gun distributors, as well as restricting who could legally purchase guns within the United States.
The Gun Control Act also established three categorizations of weapons: handguns, sporting weapons such as shotguns or rifles, and automatic or semi-automatic weapons. The Brady Bill, unlike other gun reform measures, was only concerned with regulating handguns.
Criticisms
Critics of the Brady Bill have employed several different tactics. The have criticized it as an infringement upon the Second Amendment of the Constitution. These criticisms have not been successful when employed in the courts, though have a broad base of popular support.
Tenth Amendment objections have been more readily accepted by the courts, citing the fact that the federal government can not make lower governments do anything with which they do not agree. The courts have made the provisions voluntary, though few states have opted not to follow the bill. Criticism of the bill were organized by the NRA, although recent years have seen the volume of criticisms levied against the bill decline as it has become more accepted.