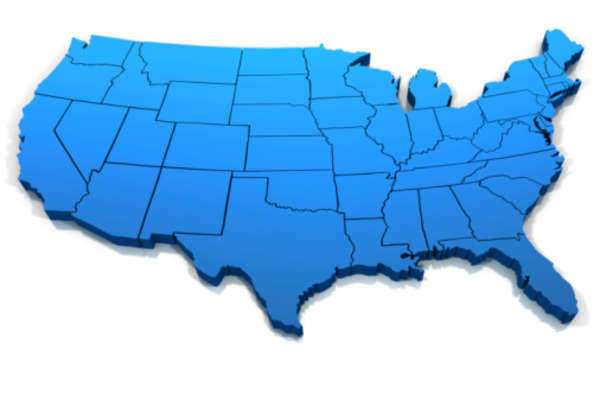 If you’re looking to purchase a gun in the near future you must be cognizant of the varying state laws placed on gun dealers and consumers. All 50 states have unique gun laws adopted through their particular legislation. In general, more conservative states will have looser gun laws while liberal states will possess more strict gun laws.
The starting point to purchase a handgun or rifle is a permit to purchase. States that require such a license will force a consumer to go through background checks, fingerprinting, and sometimes weapons training courses before purchasing a firearm through gun dealers. The following states require a permit to purchase a handgun at local gun stores-
Connecticut
Hawaii
Illinois
Iowa
Massachusetts
Michigan
Minnesota
Missouri
New Jersey
New York
North Carolina
Puerto Rico
States not listed do not require a permit to purchase a handgun through gun dealers. The length of validity and fees associated with a permit range between each state. The application process also varies, but most commonly includes-background checks, fingerprints, a fee of $100, and a life of 3 years before renewal.
Although state laws vary greatly for gun dealers and buyers, gun stores must comply with the broad regulations in which Federal Law dictates. Before administering a transaction, a gun dealer must acknowledge that buyer of a handgun is over the age of 21, and legally competent to purchase such a weapon. An individual over the age of 18 is permitted to purchase a rifle or shotgun from a gun dealer.
Felons, drug addicts, the mentally deranged, and illegal aliens are all barred from purchasing a weapon at gun stores. Gun stores will accept any buyer if he/she is over 21 years of age and possess mandatory credentials imposed by state law. Although Federal law trumps state law, state gun dealers and law enforcement are not required to administer such laws.
More Conservative states, often ignore such practices as mandatory background checks at gun stores or gun shows to make transactions less complicated. A bill passed in 1994 (Brady Bill) required background checks at time of purchase at gun stores and gun shows. Currently only 8 states follow through with this “mandatory” check.
The most confusing issue in regards to state gun laws and their variations is the contradictions and backwardness associated with such differences. For instance, gun stores will recognize an out of state license from one state, but reject the same type of a license from another state. For example, Arizona will recognize a permit to carry from Nevada, but Nevada won’t recognize a permit to carry from Arizona. If an Arizona resident crosses into Nevada with a loaded handgun on him, shows an officer an Arizona license, he or she will be apprehended for illegal carrying. This generally has to do with concealment and carrying purposes, but if transactions were made through gun dealers one still must be aware of these nonsensical rules.
It’s never good to generalize but in the case of varying gun laws stereotyping can make the process easier to understand. Conservative places, such as states in the deep south and Midwest will commonly have very loose gun laws, and often exclude permits for purchase as necessary. Liberal states, regions in the northeast, or west coast, will have more rigid gun laws, and although may not require permits or licenses for gun dealers, will still have complications in regards to purchase and use.