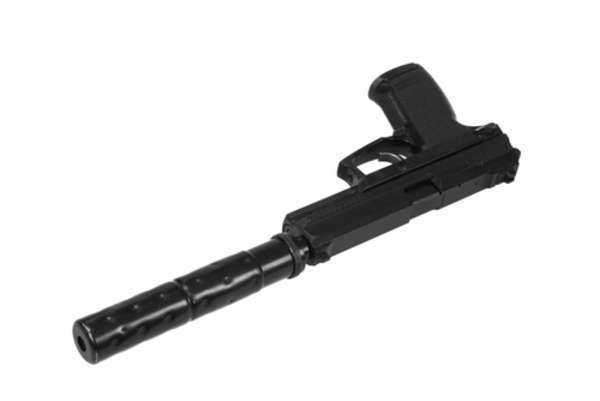 Most weapons that have a firing mechanism, such as pistols, can use a silencer to make the sound of that weapon being fired undetectable. The principles involved in manufacturing a silencer are all based on the same ideas. However, silencers made for different weapons may use different technology and different models. For instance, a pistol silencer will be different than a rifle silencer.
In any case, the idea behind a silencer is in making use of the weapon undetectable, thereby protecting the shooter, because their location is not easily ascertained. The silencer slows the gas which is released when the weapon is fired, thereby reducing the sound. In addition, silencers reduce the velocity of ammunition, making the chances of being detected even lower.
Pistol silencers may be different than rifle silencers in size, model and materials. Pistol silencers may be smaller, depending on the caliber of the weapon. Pistol silencers may also include the use of different material, because of the velocity of the ammunition as it goes through the gun. Whereas rifle silencers may be larger, because the noise produced by a rifle may be louder than that produced by a pistol.
Silencers are often made to fit specific types of weapons. In fact, to guarantee effectiveness silencers would be fitted to specific models, so that the silencer would correctly fit the specific weapon being utilized.